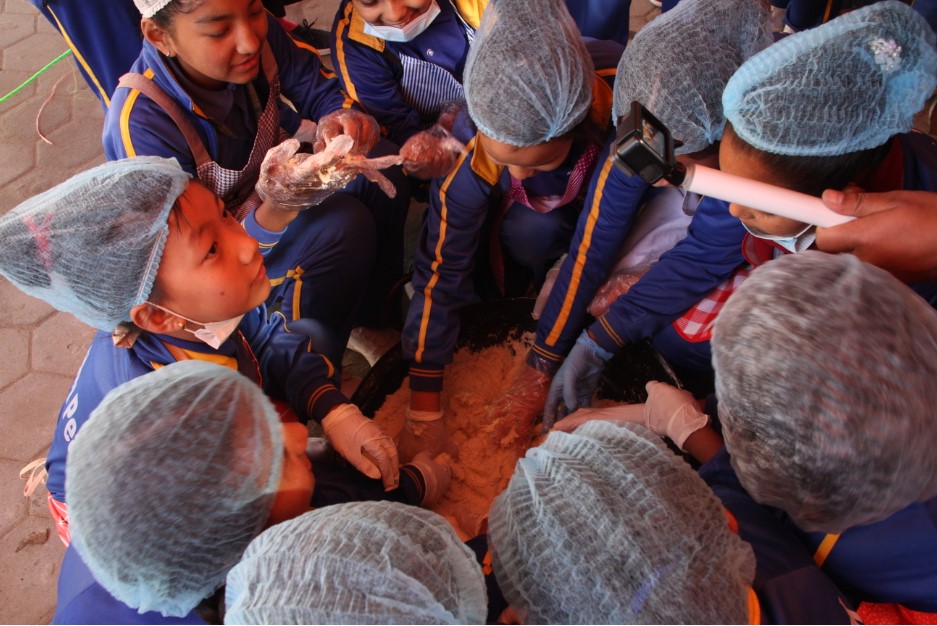 The purpose of organizing the event was to put into practice what was learned in the classroom activities. Based on the schools’ local curriculum of grade four and five, the typical Sherpa food like, Rilduk Sen, Sakpa, Rikur, Sujya, Chhamdur, Rilduk were kept at the food festival. The purpose of putting these Himalayan Sherpa cuisines at the festival was not only to familiarize to the students but also to facilitate the marketing of those cuisines.  Likewise, local Nepali dishes Sel Roti, kodako roti, Vuteko Makai, Aaludam, Haluwa were also served in food festival. Western items (British food), Pancakes, Victoria Sponge Cake and Shepherd’s pie were kept as special dishes in food festival. It was organized to enable the students to be practical and implement theoretical skills gained in class in their daily life. The program was coordinated by Birshana Rai and Sagar Basnet and managed by Students Council Members and Scout members of school.

Students including Prinsa, Soniya, Suman, Anuam, said they were happy to be able to do all the work themselves with their peers at the school. In the same way, all of them described the experience of baking, selling or marketing and accounting as being more difficult than they thought. Parents were delighted to organize such program at school. They said, “It is one of the best ways to encourage children to eat hygienic and healthy food is to get them to cook it themselves. Similarly, parents also said that the recipes cooked by the students were very testy and would help to enhance their skills and abilities.