Indra Jatra: A festival that glorifies Hindu legend and mythology 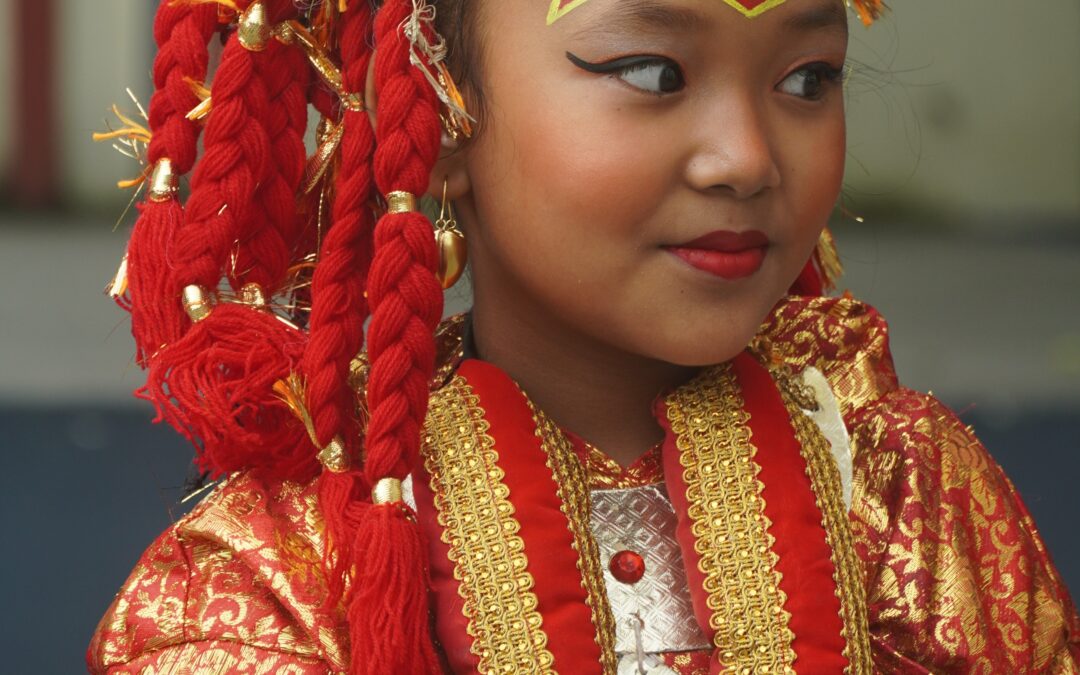 Nepal, a multi-ethnic country; enriched with cultures and traditions bound by brotherhood and love, embraces deeply diversified mores and festivals. One of the major festivals celebrated in Kathmandu, the capital of Nepal is Indra Jatra and Kumari festival. This festival is predominatly celebrated by the Newar community with an immense faith and enthusiasm. Indra Jatra is known as “YENYA ” in nepali bhasa. Where Yen is known as Kathmandu and Ya as a celebration (Jatra) .At Indra Jatra goddess kumari, Lord Ganesh and Lord Bhairav are worshipped. It is the biggest religious, cultural and historic street festival of Nepal, particularly within the Kathmandu valley and mainly observed by Newar community. Every year Indra Jatra is celebrated from Bhadra Dwadasi to Ashwin Krishna Chathurti on the basis of lunar calendar. The eight- day long celebration consists of two events. Indra Jatra is marked by the dances of deities and demons disguised under masks (commonly known as Lakhe Naach, Mahakali Naach, Lusiki Naach and Dash Avatar), and displays of sacred images and tableaus in honor of the Hindu deity Indra, the king of heaven. The other event is Kumari Jatra, the chariot procession of the Living Goddess Kumari. Three chariots carrying human representations of Goddess Kumari, Lord Ganesh and Lord Bhairava pulled along the festival route through Kathmandu Durbar Square(hanuman doka ).

The Genesis of Indra Jatra

The legend says that the young Indra, disguised as a farmer, descended to earth in search of Parijat, a white flower, his mother, Dakini, needed to perform a ritual. He found the Parijat, but was caught while trying to take the flower by the owner of the meadow where he found the flowers. He was bound and imprisoned in Kathmandu until his mother, worried about his extended absence, came around looking for him. When the city folks realized who they had imprisoned, they agreed to release Indra but on the condition that he would return to the earth every year during that time and be displayed as a prisoner for 7 days and that he would provide enough rain (dew during winter) for the crops. So, during this festival, images of Lord Indra are displayed for 7 days, but in captivity. Dakini promises enough dew throughout the winter to ensure a rich crop and to take back with her to heaven all those who had died in the past year.

The first day of the festival is also observed by the Newars as a day to embrace the beautiful memories of the family members who died during the past years by offering small oil lamps along the traditional route covering all the parts of the old city. It is believed to have been started during the reign of Mahendra Malla.

The Linga (Yasingh) is pulled down signalling the end of Indra Jatra festival. It is taken to the confluence of Bagmati and Bishnumati in Teku to be put to rest.

The end of the Indra Jatra festival heralds the beginning of Dashain and Tihar and is celebrated with great Zeal; not only in the Kathmandu Valley but throughout the country.