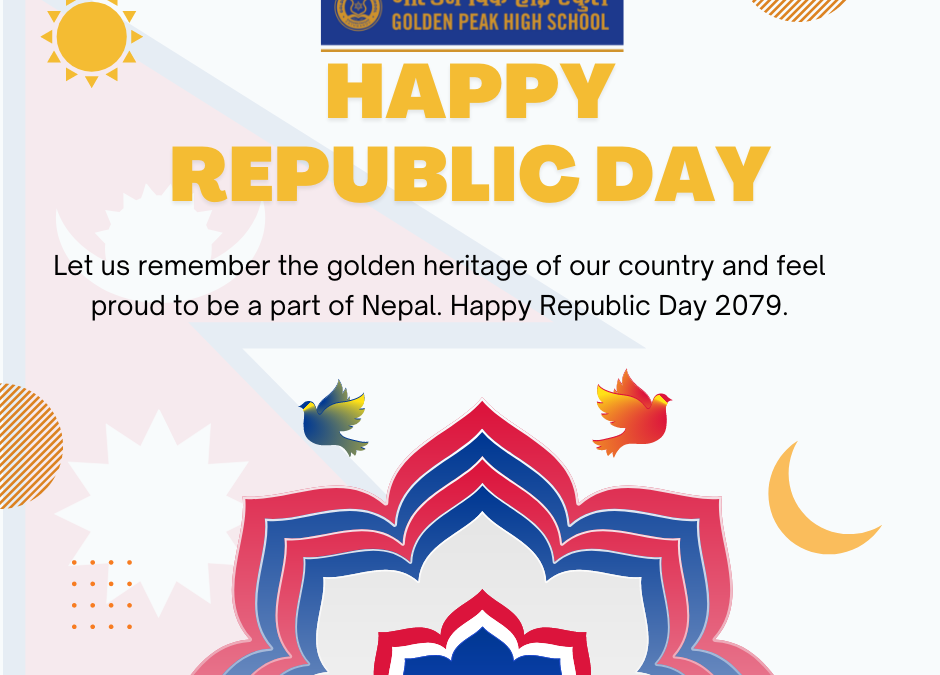 Republic day in Nepal marks the day of transition of country to a republic nation on 28 May 2008 from Monarchy. It is also commonly called Gantantra Diwas in Nepali. Nepal was declared a Federal Democratic Republic country on 28 May 2008 by abolishing the 240 year-long monarchy in Nepal. Republic day in Nepal is not celebrated on exact date. It depends upon the cycle of moon for English date but republic day is always falls on Jestha 15. Thus, Jestha 15 of every year is marked as Republic Day (Gantantra Diwas) in Nepal.

Celebration of Republic Day is the occasion of celebrating national unity, peaceful, prosperous, and inclusive development of the Federal Democratic Republic of Nepal. The government has declared holiday on this day every year as people celebrate Republic Day by doing various activities. The republic day is celebrated in Kathmandu, capital city of Nepal, at Sainik Manch, Tudikhel. Ceremonious parades such as army pavilion, etc. take place at Tudikhel during this day as the tribute to the occasion of declaring Nepal a republic nation. Celebration includes military parades, politician’s speeches, etc.

It is contextual to go back to the brief political history of Nepal to mark the need of republic political system in Nepal. When Ranas were in throne, the prime ministers and government position holders were hereditary for power and hence people had no power at all. With dissatisfaction of Rana regime, revolution took place in 1951 and this revolution ended Rana oligarchy and democracy was established in Nepal. But King Mahendra suspended constitution and exercised power under Panchayat regime later on. So, people went against Panchayat regime and started people’s movement and did brought end of Panchayat regime too. Again, constitutional monarchy reestablished and King Birendra brought many new democratic reforms. The country plunged into civil war for a long time. After Nepal went through economic crisis there was inner conflict which led into the mass movement in 2006 AD and finally the constitutional assembly was formed in 2008 AD. It declared Nepal a federal democratic republic country ending the long-standing monarchy in Nepal.

Finally, social harmony, inclusive participation of people in every sector, mutual respect in society, peaceful co-existence, stability of government, proportional development of the nation, proper mobilization of natural resources for development, etc. are the major needs of Nepal at present. May every resident in Nepal be happy, loved and proud of their country Nepal with the prosperity of the nation. I wish on this day prosperity of country and a bright future of its people.