Relevance of International Day of the World’s Indigenous People

There are about 370 million indigenous people worldwide in more than 90 countries representing only 6% of world’s population and 15% of the extreme poor. The indigenous population across the world stays in close contact with nature. The places they reside in are home to around 80% of the world’s biodiversity. This day recognizes the contributions made by them to protect the world’s environment. These people hold most of the world’s cultural diversity, even though they constitute just a fraction of its population. And that diversity brings within priceless information. There’s knowledge about our ancestry, our environment, about our position in it, even about our belief system and our social structures and this knowledge is often hyper local as it is transferred through generations.

Indigenous People’s Day considers valuing Indigenous people’s presence on this land before colonization period. This day remembers the trauma that colonization has caused to Indigenous communities hence it encourages individuals to learn about their Indigenous ancestry and helps them raise awareness regarding the needs of the Indigenous People as a population group and to promote the enjoyment of their rights and also the full development of their particular cultures and communities that they represent, among the unaware ones.

In conclusion, on the occasion of World Indigenous Peoples’ Day, let us acknowledge the locals who belong to this land and let us express our gratitude towards them for keeping their heritage alive and pray that they keep this history and culture alive forever. Rebecca Adamson puts: “We are all indigenous people on this planet and we have to reorganize to get along.” Thus, praising the nativism of our land and of the general population being indigenous should be our first and foremost priority as per my views because the indigenous people we refer to today were the absolute first occupants of our land, our society. 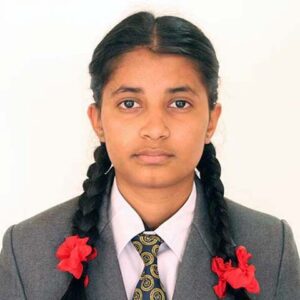