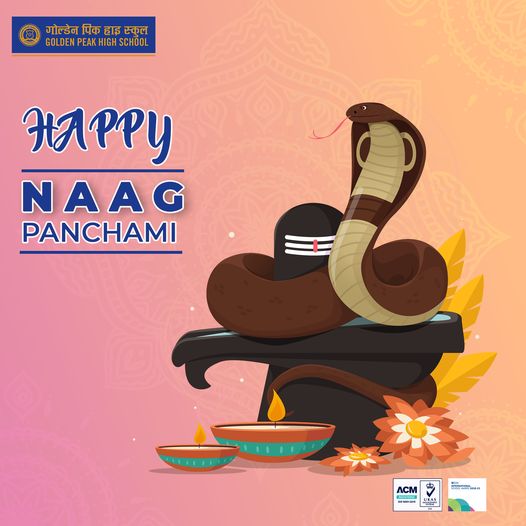 The tradition of worshipping snakes as a god has been in practice since the time immemorial. Nag Panchami is a day of worshipping nags and snakes and is enthusiastically followed by Hindus, Jains, and Buddhists throughout Nepal and India, and in some other countries as well.

The most popular fable of Nag Panchami is taken from the holy or epic book of Hindus’ Mahabharata, where Takshaka, the king of snakes bites Parikshit, the king of the Kuru Empire and subsequently; Sarpasatra was conducted by his son to kill all the serpents to avenge his father. Then Takshaka, fearing for his life, seeks protection from the gods. However, as he was really strong, he turned out to be invincible. Then after some negotiation the gods stopped the crisis and saved all the snakes. That day is celebrated as the Nag Panchami that we now know of. Devotees believe that praying snakes on this day removes evil and brings prosperity.

This year, Nag Panchami is celebrated on Tuesday 2nd August 2022. On Nag Panchami people pray to the snake god. And some people also tend to help the NGOs to protect the snakes and also participate in fasting. Nag Panchami also has a positive impact on the society. Nowadays snakes are being killed every day because of the fear of being bitten. But, ironically, majority of the people are not aware of the fact that most of the snakes are non-venomous. So, the Nag Panchami also helps create awareness among people that snakes should be conserved. It is also good for creating harmony among people as many people tend to give gifts on this very day.

In conclusion, in spite of the fact that snakes have the reputation of being scary and venomous, which is a complete myth anyway, they are also one of the integral reptiles of the planet earth. Majority of the snakes are proven to be non-venomous. So, save snakes; save the ecosystem.