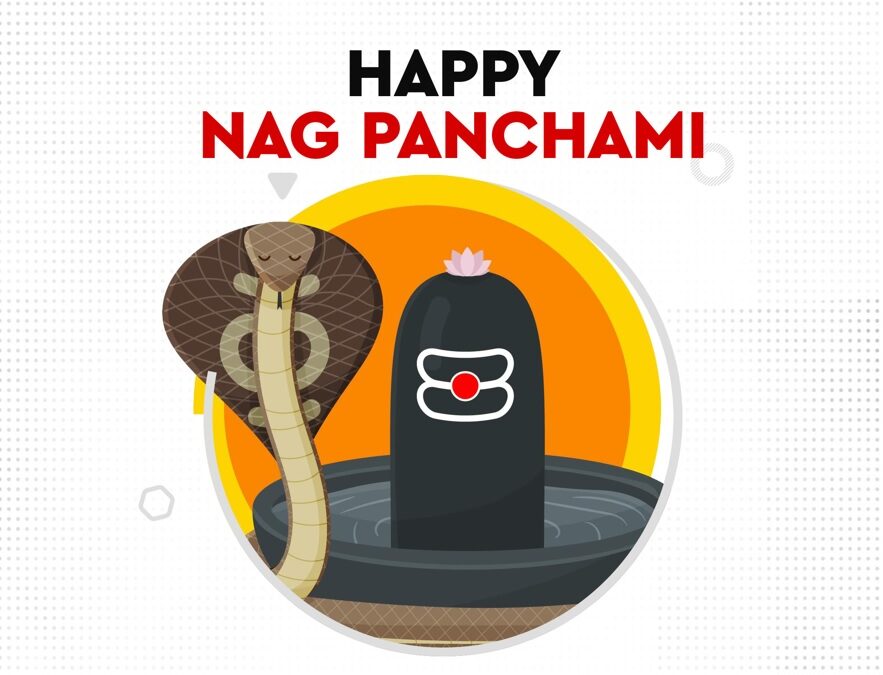 Nag Panchami is an auspicious Hindu festival, celebrated on the fifth day of the darker fortnight of the lunar month of Shravan, that mostly falls in July or August. On this day, Hindus in Nepal and other south Asian countries with Hindu populations attend temples to worship snake deities, and in some cases to snake pits to worship real snakes, wherever they create offerings like milk, sweets, and flowers to the snakes. Naga Panchami is the festival dedicated to snakes and the serpent deities. As a part of the festivities, a Naga or serpent divinity fabricated from silver, stone, wood, or a painting of snakes is given a respectful tub with milk and their blessings are searched for the welfare of the family. Everyone knows that the snake is related to Lord Shiva and Lord Vishnu. Therefore, in order to please Gods, people worship them.

Nag Panchami is actually celebrated because of the heavy rainfall in Shravan. During this time, due to the rain filling their burrows with water, snakes often come out of their burrows and can kill people to save themselves. In order to avoid this situation, people celebrate the Nag Panchami festival, which is the day when snakes are fed with milk and worshipped. It is believed that snakes have a keen memory and can remember the face of the person who hurt them. Once the snakes avenge it, they additionally harm the members of the family of that person. Therefore, to please them, serpents are worshipped on this day.

There are various stories and mythological beliefs to explain the reason people started celebrating Naga Panchami and worshipping snake god. According to the Hindu Mythology, a very dangerous and large snake named Kaliya was sent by Kansa to kill Lord Krishna. While playing with his friends, Lord Krishna came to the river and Kaliya attacked him. But Lord Krishna conquered the Nag Kaliya and put an end on his evil deeds on the day of Naga Panchami. People believe that celebration of Naga Panchami started to remember this day and bring them good luck.  It is also said that after humans drained the water from Kathmandu valley to make it livable, the Nagas became really angry. In order to protect themselves from their anger people gave their certain lands as pilgrimage sites for Nagas and vowed to worship them on this day so as to return the harmony of nature. Another legend says that the world rests on the top of Shesh Naag (the king of all Naags) and therefore Naga Panchami is celebrated.

The great 8 powerful snakes; Ananta, Vashuki, Padhmanavha, Kambala, Shankhapala, Dhartarashtra, Takshaka, and Kaliya are worshipped this day. On this auspicious day, devotees wake up early in the morning and take a holy bath. After that they put or draw a picture of Naga high above their doorway and perform puja and rituals with necessary items. People make cotton garlands and they make a sculpture of serpent out of rice flour and cow dung. They worship it with cow’s milk, sesame, nuts, lava, barley, dubo grass, Kush and with other religious puja materials. The offerings for the snakes are left in the courtyard and rice fields. Most of the people go on fasting before offering kheer to the snake god and do not consume fried or salty foods throughout the day.Shravan is called the month of lord Shiva and the snakes are dear to him. So, devotees visit to Shiva temples, ponds, and Naag temples on this day to worship the serpent gods. On this day, the Naag temples in the Nagpohari, Taudaha and Nagdaha valleys are crowded with Hindu devotees. Religious masses are also held in the Nagdahas or ponds where Nag (snake god) are supposedly believed to reside. For example: Nag Pokhari in Naxal, Dhapakhel in Lalitpur, Siddha Pokhari in Bhaktapur, and elsewhere in the country.The farmers do not work in their field on this day because it is believed that the Naags come out of their place and digging at the fields would possibly kill or harm these naags, creating them commit a sin. People believe that buying snakes from a snake charmer and releasing them will bring good luck. On this day people avoid digging the earth and using needles or any sharp objects to not harm any organism of nature.

Every festival has a great importance and significance for the people of that religion, culture, etc. Naga Panchami is also a very important festival for the Hindu devotees. Even though there are various stories and myths about it, the main reason for celebrating Naag Panchami is to appreciate nature. We as well as the snakes are a part of our nature. So, this day helps us to appreciate the nature and worship serpent gods. During the rainy season, the burrows of snakes get filled with water so they tend to come out. Even though these reptiles might be really poisonous and dangerous, they are also a part of nature. On top of that, snakes have especial role in Hindu mythology, and are believed to be really close to Hindu gods. This day allows us to ask for forgiveness for our sins that we have committed knowingly or unknowingly.  It is believed that winter begins on this day with the end of the rainy season. This day allows us to start the winter season by doing something good and impressing Naag devatas so that, their blessings would always remain with us. If they are happy with us then, they will bless us and our family with good fortune and health. Every year this festival is celebrated by devotees with great respect, trust and joy. It is one of the festivals that has been passed down since generations from our ancestors.

In a nutshell, we should never forget our culture, our motive of life to care nature and its beautiful creatures, and serve happiness to others. The festival, Naga Panchami, is a symbol of our history, culture and nature.  We should do good and avoid doing bad because God is watching us and everything that goes in, comes back. So, let’s celebrate this festival together with our family to express our greatest gratitude towards serpent gods, spread happiness and preserve culture, and have a good fortune by the blessings of Naga Deva. 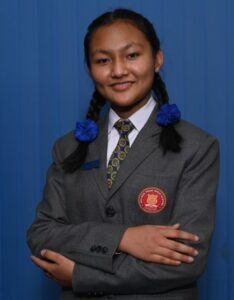