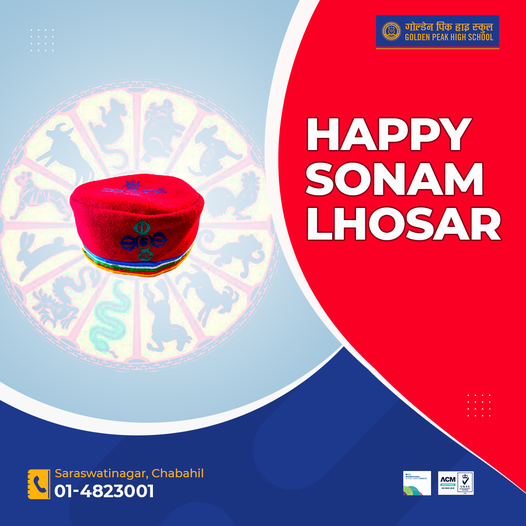 In Nepal, Sonam Lhosar usually falls in the month of Magh and celebrated on the first day of the new moon. Though it belongs to Tamang community, people of other community also celebrate it and visit to the Buddha stupa during Lhosar for wishing new year to lord Buddha and also for their wellbeing. Sonam Lhosar is celebrated from the morning of this day. Houses and surrounding are well cleaned and decorated for welcoming gods and goddesses. Worshiping gods and greeting each other ceremony starts after cleaning. People put on traditional costume and jewelry for the celebration according to their cultural norms and values.

In cultural events, Tamang Selo, Tugna and Dhamphu (traditional folk musical instruments) are played while dancing and singing in the festival. People also visit monasteries and stupas where special ritual with mask dance are performed to drive away evil spirits. Aalum, Baabar, Khapsey, Faraula are some festival dishes of Tamang community that are eaten in this festival. The people of Tamang community also consume pork, chicken, mutton, fish and sweet desert during Sonam Lhosar.

People also celebrate Sonam Lhosar as they believe the happiness of the gods and spirits would ensure the wellbeing of the people in the new year. Singing and dancing in traditional song, eating traditional Tamang foods and performing cultural events with greeting each other are the major activities of celebrating Sonam Lhosar with the feeling of unity among the people of Tamang community.

Nepal is a multi-ethnic, multi- religious, multi- cultural and geographically diverse country. As other festivals, Sonam Lhosar helps maintain social harmony and strengthen national unity among the people of different ethnicities. It is our common responsibility to protect and promote the original festivals as they are our identity and pride. Also, festivals are the mirror of the society. Thus, we should preserve and promote indigenous culture and values while celebrating festivals.